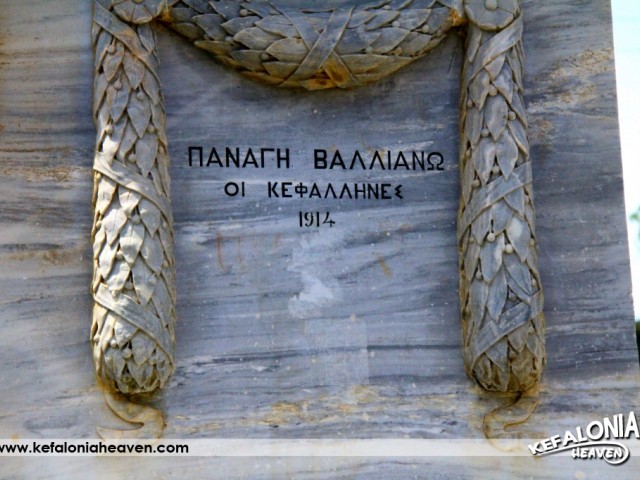 The statue of Panayis Vallianos, acclaimed as the "father of modern Greek shipping" and one of Kefalonia´s greatest benefactors, stands in the main square of Argostoli, which has borne his name for the past eighty years.

Born in 1814 in the village of Keramies, Panayis Vallianos entered the world of commerce at an early age and made his first fortune as a wheat merchant during the Crimean War. In 1858 he moved his business to London where he began a long and lucrative involvement in banking and shipping.

Panayis Vallianos died in London in 1902, leaving a considerable sum to Kefalonia for charitable purposes. However, he is probably best known in Greece for a donation that funded the National Library in Athens that bears his name.

His statue originally stood in the centre of the square until the 1953 earthquake lifted the heavy marble base 90 degrees. Following renovations it now stands at the top end of the square, facing the sea as always.