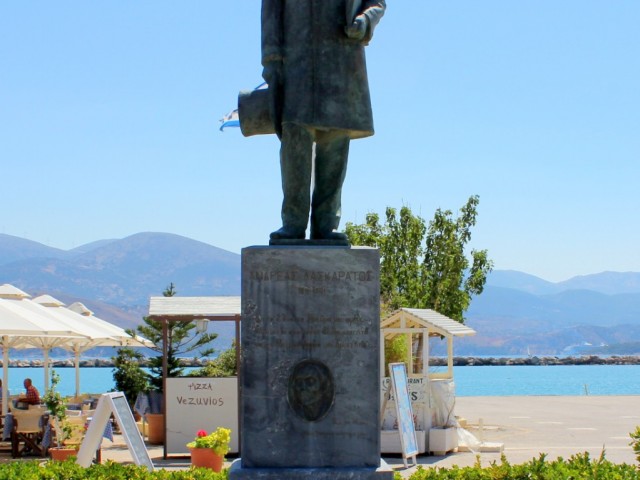 Andreas Laskaratos is a name “symbol” of Kefalonia and his name is concurred with what we call satire. He was the most characteristic representative of this school and it was he who made this particular phrase known and accepted. Of course, this caused many reactions in his time and had an analogous impact on his personal life as well. Most know that even though he was from Lixouri, he spent most of his life in Argostoli because of the great reactions of his fellow countrymen to his way of life an expression.

Today, as a token of appreciation towards him, a large statue of the “grand satirical poet” has been placed on the seaside road of Lixouri. The statue looks towards the city, so that, according to its creators, the poet looks upon his hometown. This particular positioning has pushed our contemporaries in the spirit of satire to state that he “has his buttocks turned to Argostoli”.

Even though this is naturally a good chance for the locals to joke and pleasantly fool around, this specific statue is one of the greatest symbols of Lixouri. There are some flowerbeds and benches in front of the statue, welcoming the visitor who awaits the small boat to go across.