Nautical and Environmental Museum of Fiskardo 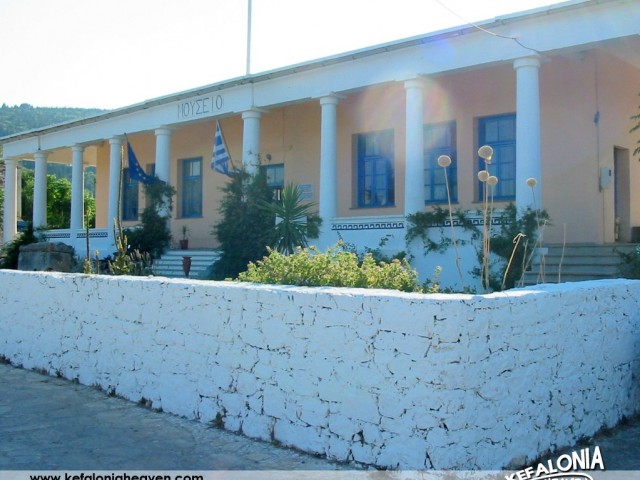 The museum is housed in Fiskardo’s old primary school, which was converted into a museum in April 1999 through the efforts of young volunteers from the European Volunteer Service.
The museum has a host of exhibits on:

- The activities of the Fiskardo Nautical & Environmental Club (FNEC)

- The chief sights of interest on Kefalonia presented in a relief model.

- The Wetlands of Lixouri

- The process of fossilization

- Pottery fragments and other archaeological finds

- Sharks of the Mediterranean

- The geology of Kefalonia and Greece

- Invasive species in the local ecosystem

The museum employs modern museum concepts, such as interactive exhibits, to capture the interest and imagination of its visitors.
The Museum holds weekly open meetings on local environmental issues and informs the public of its activities. It also organizes educational programmes for children to raise awareness of our natural heritage. These events as well as those of other bodies are usually held in the grounds of the museum.
Another part of the Museum is used to host a local radio station. As the Nautical and Environmental Museum of Fiskardo was created and operates on a volunteer basis, we should all try to support their efforts in any way we can.

For further information on the Club and Museum please visit their website: