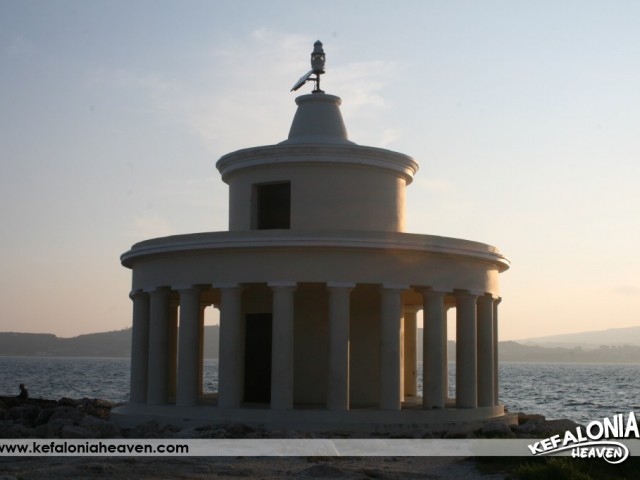 One of the most well known sights on the coastal road from Argostoli to Lassi is the Lighthouse of Saints Theodore. It is named after the nearby church, though the whole region is now commonly known as ‘Fanari’ or lighthouse. The original lighthouse was built in 1829 under British rule, like much of the island’s characteristic architecture (see Debosset Bridge), and was designed by J.P. Kennedy as a circular building with Doric columns.

Like everything else in Argostoli, it was demolished in the earthquakes of 1953 and rebuilt immediately afterwards, together with a precious few architectural gems of the period. The lighthouse has recently been restored to preserve it from extensive saltwater erosion.