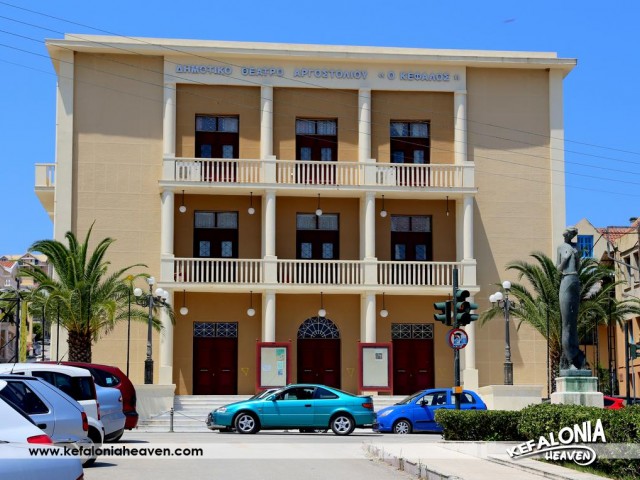 The Kefalos Municipal theatre is undoubtedly one of the town’s most imposing landmarks. Although its exterior is not the best example of traditional architecture, it serves an important function as a venue for many events that highlight Kefalonian culture.

The old Kefalos Theatre that once stood on this site is still fondly remembered by older generations but was severely bombed during WWII and finally collapsed in the earthquakes of 1953. “That was a theatre worthy of our culture” reminisce those old enough to have attended one of the operas that toured the cultural centres of the day.

The theatre possesses modern facilities and has been renovated periodically. Construction of the theatre began under Mayor Kosmetatos (plans drafted in 1979) but was only completed in 1994 due to lack of funding.

The theatre will soon close for a significant period in order to carry out structural reinforcement works to meet modern specifications, as well a complete renovation of the interior and installation of the latest technological equipment.