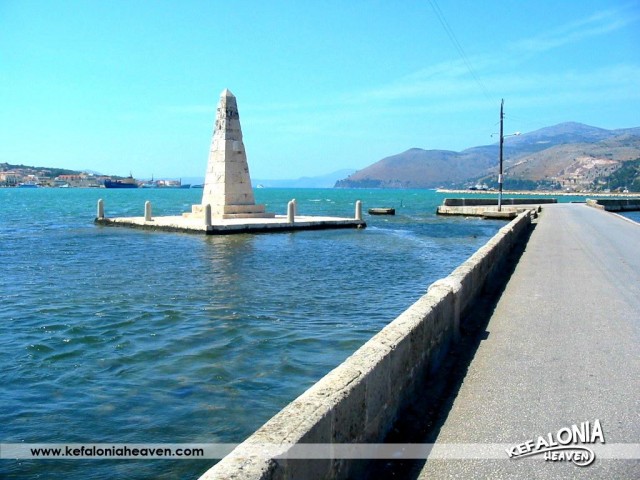 The historic bridge of Argostoli, known as the De Bosset Bridge, was erected in 1813 by Charles Philip De Bosset to bypass the swampland of Koutavos, which in those years was synonymous with malaria and death. For this reason the road that leads to the bridge is dedicated to him and bears his name.

The initial wooden bridge was re-built in stone quarried from Metela Hill, which gave the hill its present form. Half way along the bridge stands the above monument with an inscription in four languages commemorating those who erected this important infrastructure work.

Today, the bridge still marks the boundary between Koutavos lagoon and the rest of the bay...

After partial collapse decisions were taken for restoration projects to be completed immediately, in order to be restored and earn an appropriate position in history as a pedestrian bridge and historical monument of modern archeological heritage.