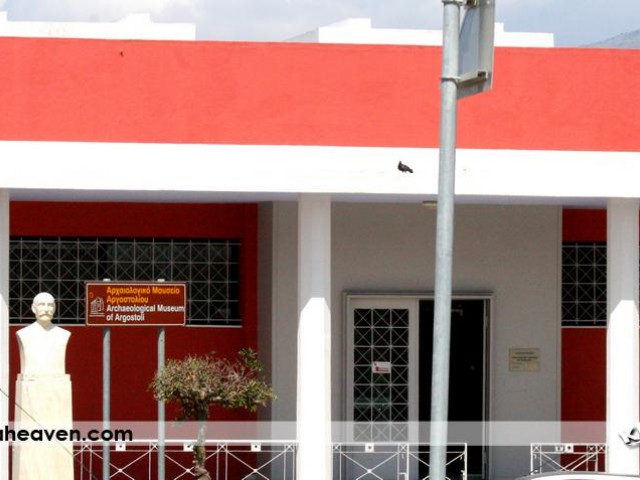 The archaeological museum of Argostoli is located in the centre of town on the site of the older museum destroyed by the 1953 earthquake. Functional rather than attractive, the present building dates from the 1960’s and has been recently renovated, including extensive remodelling of the interior to house new finds from recent excavations on the island.

The museum exhibits significant finds from the prehistoric, Mycenaean and Roman periods, including gold coins, bronze swords, seals as well as tools used by the Palaeolithic Kefalonian and ancient pottery collected from all over Kefalonia.