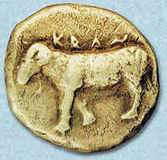 Kefalonia is the biggest island in the Ionian Sea. It covers an area of 781,5 square kilometers and, according to the last consensus, has a population of 40.000 inhabitants. According to tradition, the island’s name derives from its first inhabitant, the mythical hero, Kefalos. It is believed that the island was formed during an earthquake, a plausible theory, as it’s situated right on the Ionian seismic fault. This is why the island is hit by frequent destructive earthquakes regularly.

There is frequent reference of Kefalonia in antiquity, while Homer’s Ithaca is particularly well-known all over the world because of these epic masterpieces. Along with the Greek civilization and the spirit that was dominant in the following century, there was always a particular regional character to the island. This regional character, along with the commerce which was inevitably dominant due to its location, helped the existence of prosperity and progress, along with cultural blossoming.

During the time of the bloom of the Roman and the Byzantine Empire, Kefalonia has the same fate as the other areas around it and is part of the forming dominant forces. Its course is similar to that of areas of modern day Greece, while the problem of piracy is quite acute, as in every other Mediterranean island. Trade is the main source of wealth.

After Constantinople fell to the Francs and especially after the city was captured by the Turks, many of the spiritual personalities of the then civilized world fled to the Ionian Islands, mainly to Kefalonia, Zante and Lefkada. There, the continuation of the cultivation of  the spirit and the arts for which the island is known, was feasible. During the Turkish rule, the Eptanese(the seven islands) underwent many changes concerning dominance. The English and the Venetians didn’t treat the islands as tyrants, but rather as protectors and were interested in their prosperity. It was so that the islands had special privileges , the peak being the time of the Ionian Commonwealth, when they were basically independent. So, their contact with these people left positive influences and elements, resulting in the richening of the already complex civilization with the positive elements and experience of other civilizations. The Turkish rule on the islands was almost non- existent, barely seven years, and so, the Ionian spirit continued to remain intact until the middle of the nineteenth century. In 1757, Argostoli becomes the island’s new capital after Saint George’s Castle. 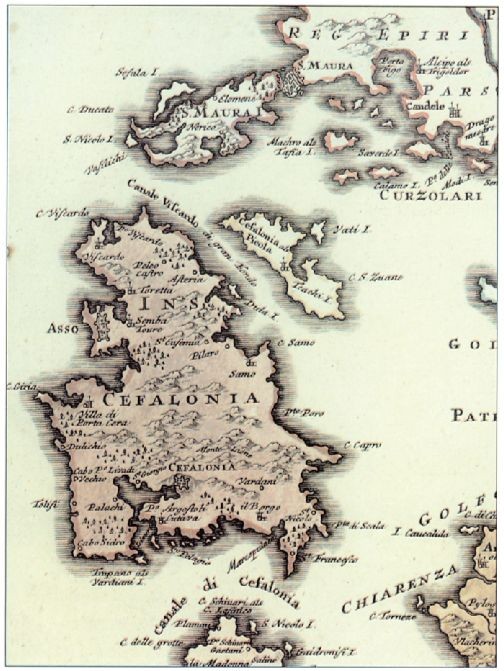 After the liberation of Greece and the creation of the Greek state’s Constitution, a movement developed in the Eptanese, which aimed at the union with Greece. Its natural purpose was the transmission of the apparently superior culture to the newly constituted country and cultural dominance. On May 21st 1864, a historical day for modern history, the Ionian Islands were united with Greece, given as a gift to the king by the British. After the union, many people from the Eptanese move freely towards Greece, while prosperity continues. Trade blooms in Kefalonia particularly and we can speak of an independent and complete society without an exaggeration. The products produced can compete against the best ones produced by the best industries in all of Europe. 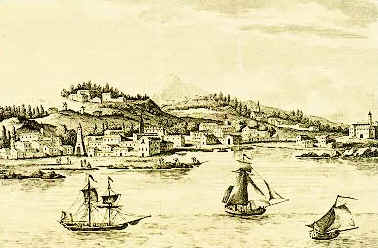 The two world wars consist the first blow to this prosperity, as many traditional buildings are bombed. The human personality of a population who didn’t know of wars and battles is destroyed and civilization is no longer a priority. During World War II, Italy began an annexation process by building infrastructure projects which still adorn the island. But, Germany’s forced intervention, which devastated instead of conquering, will be another blow for the already injured Kefalonian. With the end of the war, many Kefalonians search for work in big cities or abroad, quite successfully as is proven by history. But the situation on the island which is trying to recuperate is bad. And the final blow isn’ t far off. 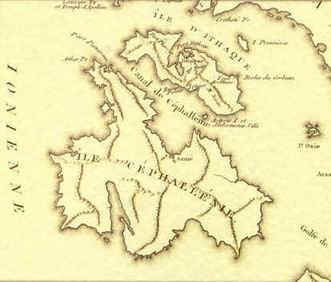 In August of 1953, three earthquakes, the largest measuring 7,2 on the Richter scale, literally flatten the island. Nothing is saved from Argostoli, the capital, Lixouri and the nearby regions, since the centre of the earthquake is close by. Only Fiskardo towards the north suffers minor damage. Kefalonians were basically faced with the reconstruction of their area from the beginning. A massive wave of refuge towards other areas is noted and the decline of the original civilization is becoming more and more obvious. Of the original 60.000 inhabitants, only half remain on the island after the earthquake, while the other half set out in search of a better life, in hope that one day they will return. The following decades are difficult; an entire city is rebuilt in a short period of time and strives to gain it former glory. This glory’s character is complex and transitional, as some customs are maintained and relived, whereas others are abandoned. Gradually, the crisis is dealt with and after the financial rebound, endeavors are made for spiritual recovery as well…